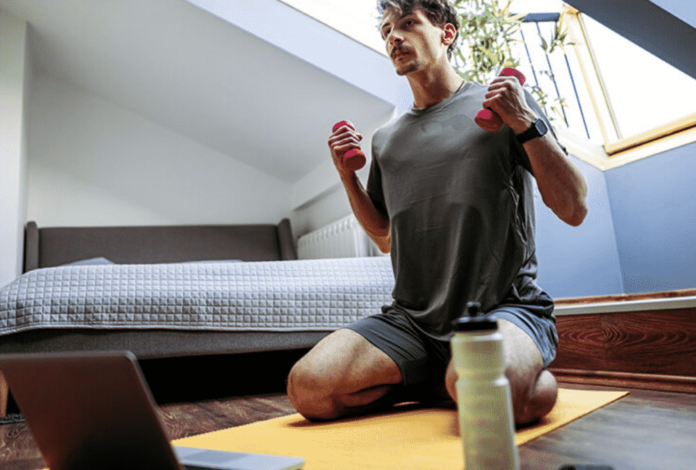 This year is not different from previous years. Year after year, as the calendar resets, millions of us vow to eat healthier, exercise more, and ultimately lose weight. But, as we know, it’s not always that easy. This is why it continues to be a New Years’ resolution each year.

Weight loss isn’t always as simple as it may seem. Our bodies are unique, and due to various health reasons, it can be more challenging for some to shed pounds. Each person also has their own reasons for wanting to lose weight. It may be so they fit in their clothes better, ease aches and pains, reduce the risk of diabetes or improve their health.

The way you choose to lose weight is also unique. Some may choose to combine clean eating with aerobic exercise and others may choose to boost their weight loss efforts with a drug called Metformin.

Metformin is a drug with many benefits and uses, one being weight loss. The drug is derived from natural compounds found in the French lilac plant and has been used successfully for over 60 years. It has an outstanding safety record and is listed on the World of Health’s Essential Medicines, which is a catalog of the most effective, safe, and cost-effective therapies for diabetes.

Though it is increasingly being used for weight loss, it has a long history of treating diabetes. Metformin has been used to treat the disease since the Middle Ages and is FDA approved. Over these years, researchers have found many other benefits as well.

In 2012 a study was published in Experimental and Clinical Endocrinology & Diabetes that showed the impact Metformin had on weight loss. In the study, 154 consecutive patients with a body mass index greater than 27 kg/m(2) were treated in an outpatient setting. These individuals were treated for over six months with 2500 mg/day of Metformin. As controls, there were 45 patients who were untreated. The researchers tested insulin sensitivity before treatment by calculating the HOMA index and Matsuda index after 75g of oral glucose. In addition, all patients were monitored for weight changes over the six months.

The results of the study were very interesting. The mean weight loss for those who received Metformin was between 5.8 and 7.0 kg, resulting in a loss of 5.6 to 6.5%. While the individuals who took Metformin lost weight, the controls gained weight! On average, the untreated controls gained between 0.8 and 3.5 kg (0.8 – 3.7%). Further, they found that patients with severe insulin resistance had lost significantly more than those who were insulin sensitive. As a result, the researchers concluded that Metformin is an “effective drug to reduce weight in a naturalistic outpatient setting in insulin-sensitive and insulin-resistant overweight and obese patients.”

Years later, in 2019, an article was published that looked at Metformin and obesity. The authors looked at large cohort studies that had shown weight loss was associated with Metformin therapy. They stated that emerging evidence had suggested that Metformin-associated weight loss was due to modulation of hypothalamic appetite regulatory centers, alternation of the gut microbiome, and the reversal of aging.

The authors of the review concluded that multiple mechanisms underlie the weight loss and health-promoting effects of Metformin. With further exploration, Metformin would be an option for treating obesity and other age-related metabolic diseases.

Metformin works on a cellular level, limiting metabolic reactions in the mitochondria, which slows the conversion of macronutrients to energy. This means less ATP production, which activates an enzyme known as AMPK. In turn, AMPK implements biological austerity measures.

By losing weight you could potentially improve your health. This is fairly common knowledge yet 36.5% of adults in the United States are obese and 32.5% are overweight.  This is why weight loss drugs are so common. Open any fitness mag or scroll through social media, and you’ll see several different types. Unfortunately, many of these don’t have the scientific backing and long history that Metformin has. Metformin is a drug with many health benefits, weight loss being one of them. For this reason, you won’t find it on the shelves at your local health food store. If you are looking to get Metformin for weight loss, you can order them from a pharmacy specializing in longevity therapies.

For example, AgelessRx.com is a telehealth subscription service specializing in longevity therapies, including Metformin anti aging prescriptions. They sell monthly and quarterly subscriptions, so you can take a dose of 1000mg per day. Before receiving your order, you will speak with a doctor who will prescribe a dose based on your health goals. Typically, you will take Metformin each day with a meal, starting with ½ a tablet and slowly ramping up to the prescribed dose.

As mentioned, the drug has an incredible safety record but can come with some mild side effects. The most common Metformin side effects include gastrointestinal discomfort such as nausea, bloating and diarrhea, and reduction of vitamin B12 levels. However, these can be managed by starting with the low dose and working your way up.

For those who struggle with weight loss year after year, Metformin can help. Research and anecdotal reports and reviews have revealed the weight-related benefits of the drug. So, if you want this year to be the last year “lose weight” is on your list of resolutions, it may be time to try something new and give Metformin a shot.

The Biggest Trends In Men’s Jewelry In 2022

Why Turmeric Is The New Superfood

A Quick Guide to Starting a Retail Business

Don’t Miss Out on These 5 Benefits of Finding Suppliers with...

Everything You Need To Know About Trailer Maintenance

Why Turmeric Is The New Superfood