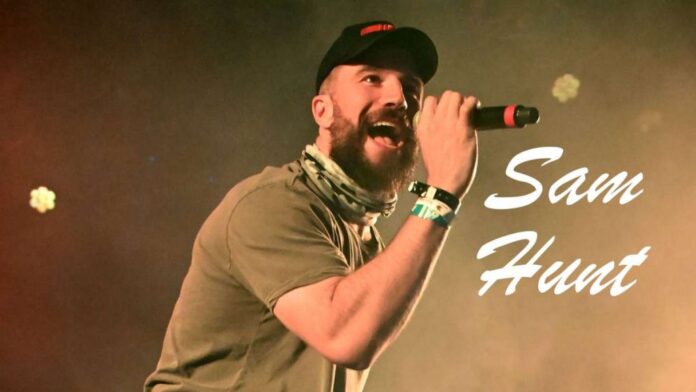 Sam Hunt is an American singer and songwriter who decided to pursue a career in the music industry after his football career didn’t go as planned. He personally has stated in interviews that although he loves football, it is also great that he started a music career since he loves to perform in front of his fans. Fans also love to watch him perform live, and that is why event tickets with his name are in huge demand after he announced concert dates for 2021 and the following year.

Hunt became popular because of his smart idea to decide to make a mix of music genres from country, hip-hop, R&B, and everything in between. Interesting right? This is what makes him even more famous. To give you an example of that is when in July 2020, he was to return to play in the Xfinity Center in Mansfield, Massachusetts; after three years, fans from various countries went ‘crazy’ to purchase Sam Hunt Xfinity Center tickets as quickly as possible.

The man has beautiful songs, and here we will see the top 5 most interesting Sam Hunt songs this exciting musician has made or sang in the past. Let’s start.

“Saturday Night” is part of the Sam Hunt acoustic mixtape titled “Between the Pines,” released in 2013. It didn’t become part of his debut album, but it doesn’t matter since this live version became one of the most wanted songs when he plays at a concert venue.

As mentioned before, it is a mix of the country but also a little rap break where he shows quick rapping abilities. It is about living the moments when staying up late at night and hearing it live when he performs it is even better. His good-time lyrics for sure made a good-time having song.

Sam Hunt collaborates with Matt Jenkins and Zach Crowell as a songwriter on “Cop Car,” a song that was made for Keith Urban. Nevertheless, Hunt also decided to sing this song, which is featured on his “Between the Pines” mixtape and his studio album “Montevallo.”

There is no need to describe how good this song is since the initial Keith Urban version sold more than one million copies. But huge credit goes to Sam Hunt as one of the collaborating songwriters, and his singing version of this song is also interesting. It is about two lovers who are caught trespassing and fall in love in the back of the cop car that drives them. Again, Hunt can not only make a mix of music genres but a mix of good and bad stories covered with love.

Break Up In A Small Town

Hunt knows how to hit the right note. Breaking up in a small town can have its own difficulties. This song brings out the feeling because of his great rapping and bumping beats. It is a tale of running into an ex with his songwriting about his mailbox being only seven minutes away from hers.

Once again, his songwriting mixed with some rapping parts proved to be the perfect musical recipe to make interesting songs that are loved by his fans. Also, many people can relate to this story; even if you live in a big city, you still can experience this type of story.

Fans from all over the globe thought that Hunt was already at the top, but he managed to make something even better when he released “Body Like A Back Road” in 2017. It is an upbeat, fast single that had six platinum certifications, breaking the record for the longest run at being number one on the Billboard Hot Country Songs chart.

It is a megahit that was written by Hunt along with Josh Osbourne, Shane McAnally, and Zach Crowell. The chart success says it all, just play it and enjoy.

And last but not least, the song and the studio album that marked Sam Hunt’s career. “Take Your Time” from the album “Montevallo” from 2014. It is certified double platinum, and it has become a worldwide phenomenon. This song put him on the map once and forever.

This heart-wrenching song is also a brave move since it is a simple song about a man that desires a woman, but Hunt also raised awareness about domestic violence, and the music video is also amazing. He proved that he could make all sorts of music and lyrics.

These are the top 5 most interesting Sam Hunt songs and probably his best songs until now. He will for sure surprise us again in the future. One thing that is better than listening to these songs at home is to listen to them live.

Hunt has said in the past that he loves to play in Nashville and that he loves that place a lot in general. Now, what makes him unique is that whether you purchase Sam Hunt tickets St. Louis or Sam Hunt Nashville tickets, it doesn’t matter because he will give his all in St. Louis as he will perform in Nashville. Hunt is a professional, and he will entertain you the best he can.

The Biggest Trends In Men’s Jewelry In 2022

Tips to Turn Under the Stair Space into a Bathroom

Top 6 Trends US Teenagers are Enjoying in 2022

Why Should You Try Laser Hair Removal?

How Long Will It Take To Settle My Lemon Law Case?

How to Start a Business as a Handicapped Person

How To Insulate Your Tent for Winter Camping

Why is following the most recent news important?