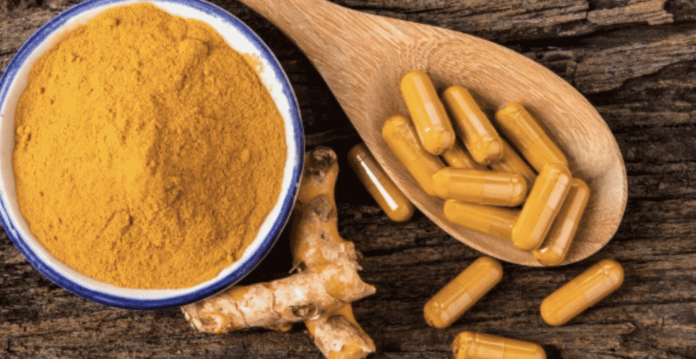 Superfoods are far from a new phenomenon. Every few months, a new item is added to the list, promising immune boosting properties, glowing skin and improved energy, to name just a few of the benefits that these blessed morsels are said to bring.

Surprisingly, most of these nutritional fads actually have some truth to them. This is the case with turmeric, which many claims to be the most effective nutritional supplement in existence. Several high-profile studies have shown that behind its golden colour lies plenty of benefits for the body and the brain.

Turmeric is the spice that gives curry its golden tinge. For thousands of years, it has been used not only as an ingredient, but also as a form of medicine. It contains powerful bioactive compounds, which have huge medicinal value, particularly when it comes to inflammation.

Curcumin, the main active ingredient in turmeric, is also a very strong antioxidant. However, it has been noted that curcumin absorbs quite poorly into the bloodstream, but it does help to consume black pepper along with it. The pepper contains piperine, which is a natural substance that enhances the absorption of curcumin by approximately 2,000%.

Many years ago, it was believed that the neurons in our brains were unable to divide and multiply after early childhood. This has since been disproved, and we now know that neurons can form new connections and in certain parts of the brain, can multiply.

One of the main drivers of this process is called brain-derived neurotrophic factor (BNDF), a kind of growth hormone that functions in our brains. Many common brain disorders, including depression and Alzheimer’s, have been linked to decreased levels of this hormone. Early studies have suggested that curcumin can help increase one’s brain levels of BNDF.

It reduces the risk of heart disease

Heart disease is currently the world’s leading cause of death. For decades, researchers have been studying it in order to learn more about what causes it but have so far found it to be multi-layered and complex, with numerous things contributing to its cause.

Several studies have suggested that curcumin, turmeric’s active ingredient, improves the function of the endothelium, which is the lining of your blood vessels. It is thought that endothelial dysfunction is a major driver of heart disease. This, along with the compund’s anti-inflammatory properties, is believed to help lower one’s risk of heart disease.

10 Ways to Update Your Bathroom on a Budget

Prebiotics And Probiotics Science and Technology – How Ironic Is This?

Top 6 Trends US Teenagers are Enjoying in 2022

Apologizing For Mistakes: The Ultimate Guide For Business Owners