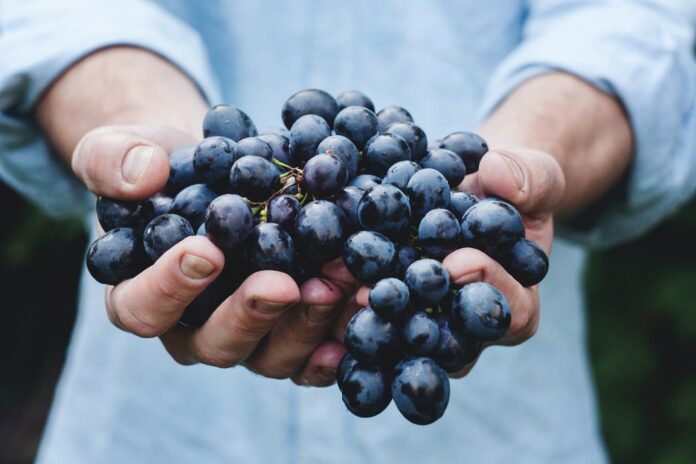 The use of wine and our strong convictions of its health benefits, abstainers and teetotalers notwithstanding, are probably as old as wine itself dating back to the first civilizations in the ancient world. In Mesopotamia ca. the third millennium BC, the Babylonians believed wine to have medicinal and therapeutic effects and it was considered so pure and free of contaminations that it was preferred-along with beer-over water. In Ancient Egypt more than two thousand years BC, wine also became a common ingredient in “prescription drugs” for curing a variety of ailments. The drugs were formulated using other ingredients too, such as water and particularly those derived from medicinal plants.

And stories abound from the Far East where the Chinese would lace wine with animal parts to concoct drugs to cure just about any ailment. Even Hippocrates, the father of medicine who had a keen sense of physiological and metabolic reactions in the human body not only used wine as a prescription drug in Ancient Greece but also pioneered it into an antiseptic for treating wounds.

The link between wine and its medicinal and therapeutic benefits grew stronger through the various eras and Middle Ages up to modern times. So compelling was the link that following the decreasing death rate of convicts and migrants who were treated with wine aboard Australia-bound ships in the early part of the nineteenth century, it spawned the founding of vineyards and wineries by British doctors throughout the rest of the century. Many such wineries have grown into global businesses responsible for some of the largest wine outputs in the world. For example, Lindemans and Penfolds were founded in the early 1840s by Drs. Henry J. Lindeman and Christopher R. Penfold, respectively.

But as wine became integral to religions from Biblical times and the evils of alcohol took root into societies, wine, its health benefits, and its sociological impacts became very controversial and spawned the anti-alcohol temperance movement in colonial America. In 1916, federal health authorities removed alcohol from the United States Pharmacopeia (USP), “the official public standards-setting authority for all prescription and over-the-counter medicines and other health care products manufactured or sold in the United States.” Then in 1920, the Volstead Act was enacted under the Eighteenth Amendment to the United States Constitution making the manufacture, sale, importation, and distribution of alcohol illegal which lasted until 1933 when the Twenty-first Amendment was ratified to repeal National Prohibition. During Prohibition, consumption of alcohol and homemade wine for personal use was still allowed though each state and often towns or counties were left to implement further control according to local needs. Wine for sacramental and medicinal uses was also exempt. In Canada, provinces had already started implementing prohibitory laws in 1917.

Much research on the health benefits of wine has been documented particularly since the nineteenth century. But the temperance movement had been strong and gained renewed momentum in the 1980s in advocating the evils of alcohol on public health. Mothers Against Drunk Driving (MADD), a now very influential organization, was first founded in 1980. Then during Ronald Reagan’s first presidential term in the 1980s, First Lady Nancy Reagan launched the “Just Say No” drug awareness campaign which naturally included alcoholic beverages. Senator James Strom Thurmond, whose daughter was killed by a drunk driver in 1993 and whose wife later became addicted to alcohol, was a long-time, staunch anti-alcohol advocate. He led the offensive responsible for implementing (in 1988) the now-familiar warning on labels of all wines sold in the U.S. The ATF (Bureau of Alcohol, Tobacco, Firearms and Explosives, now the Alcohol and Tobacco Tax and Trade Bureau, or TTB) text reads as follows:

GOVERNMENT WARNING: (1) According to the Surgeon General, women should not drink alcoholic beverages during pregnancy because of the risk of birth defects. (2) Consumption of alcoholic beverages impairs your ability to drive a car or operate machinery and may cause health problems.

But there was a major turnabout in 1991 when French scientist Dr. Serge Renaud made public his theory of the French Paradox which observed that the French suffer a relatively low incidence of coronary heart diseases (CHD) which is the major cause of death in industrialized countries despite having a diet relatively rich in saturated fats found in, for example, eggs, dairy products and particularly cheese, and meat. Renaud’s work catapulted sales of red wine in the U.S. and a renewed interest in the health benefits of wine when CBS aired its French Paradox TV segment on 60 Minutes that same year. The French Paradox, the countless epidemiological studies and laboratory studies and experiments, such as those by renowned Kaiser-Permanente cardiologist Dr. Arthur Klatsky make a strong case in asserting the J- or U-shaped relationships between the consumption of alcohol and mortality rate. More specifically, these have demonstrated that moderate alcohol consumption resulted in a lower mortality rate compared to abstainers and teetotalers or heavy alcohol drinkers. As well, moderate consumption has also been linked to a lower morbidity (disease) rate.

Moderate consumption is generally defined to represent 14 g of pure alcohol (ethanol) per day which can be obtained from 148 mL (5 fl oz) of twelve-percent-alcohol wine-careful with that “two glasses a day” guideline-or from 355 mL (12 fl oz) of five-percent-alcohol beer or from 44 mL (1½ fl oz) of forty-percent-alcohol spirit. And to enjoy and maximize the health benefits of moderate drinking, consumption must be daily and not averaged out by, for example, drinking seven times the recommended amount at one Saturday-evening party, and should be part of a balanced diet and healthy lifestyle including regular exercise.

As of 1999, wine destined for the U.S. market could then be labeled by TTB approval with a directional health-related statement directing consumers “to consult [their] family doctor about the health benefits of wine consumption” or to request the U.S. Department of Health and Human Services’ (HHS) and Department of Agriculture’s (USDA) published Dietary Guidelines for Americans “to learn the health effects of wine consumption.” But Senator Thurmond and temperance advocates such as the Center for Science in the Public Interest (CSPI) and MADD struck again and effectively forced the TTB in 2003 to defeat directional statements on labels on the grounds that these were inherently misleading and confusing and gave the impression that the government endorsed the health benefits of alcohol consumption which encouraged consumers to imbibe further. After all, the whole premise of alcohol control is that wine as well as beer and distilled spirits have been considered intoxicating beverages and not medicines.

The wine industry with the support of such trade organizations as the Wine Institute and the American Vintners Association (AVA) lobbied the federal agencies for more substantive health-related claims and reached a compromise of sort. Henceforth, under the authority of the Federal Alcohol Administration Act (FAA Act), the new TTB regulations stipulated in part that:

A specific health claim on a label or in an advertisement is considered misleading unless the claim is truthful and adequately substantiated by scientific evidence; properly detailed and qualified with respect to the categories of individuals to whom the claim applies; adequately discloses the health risks associated with both moderate and heavier levels of alcohol consumption; and outlines the categories of individuals for whom any levels of alcohol consumption may cause health risks.

Such requirements have made it almost impossible to obtain approval to include health claims, directional or substantive, on labels or in advertisements particularly that claims must contain a disclaimer “advising consumers that the statement should not encourage consumption of alcohol for health reasons,…” According to Richard Mendelson in From Darling to Demon: A Legal History of Wine in America, not a single health claim has been approved by the TTB since the regulation came into effect.

But there is hope. There has been vast progress in the last decade in the health benefits of moderate wine consumption. Though we-except for anti-alcohol advocates-have been thirsty for more good news on the role of wine on our health, research is nonetheless far from conclusive given the often contradictory findings and the breadth of malaises, illnesses and diseases on which wine is believed to have effects. The list ranges from heart diseases, strokes, cancer, dementia, including Alzheimer’s disease, type 2 diabetes to arthritis and osteoporosis, and yes, even erectile dysfunction just to name a few. But a great deal of focus has naturally been on cardiovascular and neurodegenerative diseases.

In future articles, we will examine the science of the complex interactions between wine and health that are so near and dear to our hearts-literally.

How to Throw a Great Summer Business Event

Keyword Monitoring. What is it and what are some of its...

7 Questions to Ask When Choosing a Childcare Centre

How Long Will It Take To Settle My Lemon Law Case?

Why is it essential to undergo regular medical checkups?