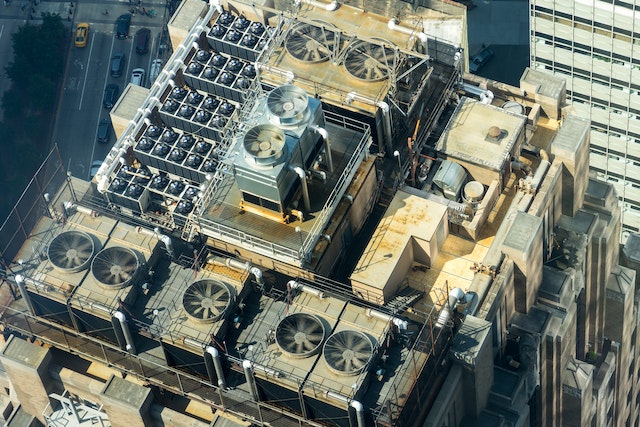 The different types of HVAC systems are:

●      Single Split System: It is considered to be one of the most popular and affordable types of HVAC systems, which are basically common in small commercial buildings, and the main importance of this system is that it allows individual control of heating and cooling for each space, which makes it ideal for restaurants and server rooms.

●      Multi Split Systems: Multi Split Systems are basically equal to the single split system, but they offer small outdoor print and higher energy efficiency. These kinds of split systems basically allow you to connect up to 9 indoor units to one outdoor unit. The system also includes those kinds of sensors that help in knowing and adjusting the temperature, which consumes far less energy.

These systems are primarily based on larger mixed-use structures, such as larger office buildings or hotels.

As it can be seen that the HVAC sector is growing, while at the same time the supplies are less plentiful, it is obvious to think about the important considerations for the future of HVAC. One of the major goals is energy efficiency, as it is considered one of the important factors for the level of invocation, which is being driven by electrification and decarbonization.

In the case of the repair of the HVAC, the major thing we need to keep in mind is to check the possible causes of why the air conditioner should not blow cold air or warm air. In the case of the system and repairing of the HVAC, the major possible solutions that could be implemented are: changing the air filters on a regular basis as the filter may become clogged; and if you feel like the refrigerant is low or leaking, you can call an HVAC technician where a leak test would be performed by the technician.

It has been stated in one of the studies that HVAC accounted for about 35% of the carbon emissions in the typical building according to the data from 2014, and one of the other alternatives is electrification, which is basically known to be the process to replace such kinds of technologies that use electricity. In other words, it can be considered as the kind of effort that is used to increase efficiency, reduce carbon emissions, and reduce costs for the consumer.

One of the major goals of the HVAC system via electricity is that it is basically generated by a source of clean energy such as the sun or wind, which are basically good for the planet and even for the building owner. HVAC basically runs on the processing of natural gas, propane, or heating oil, which can be generally replaced by electricity.

The process of transition takes time, but in the research work, there is something required in the replacement of electricity.

In the modern world of today, one of the other energy efficiencies which has been noticed basically includes a holistic approach, which means instead of looking at a building as a whole, taking all the elements in a different manner and in such a holistic manner that it helps in energy efficiency. When compared to older buildings that require additional cycles from the heating system in order to maintain the temperature, well-insulated buildings help to reduce the need for heating.

The leaders of today also use such kinds of technology, which also plays a major role in maintaining HVAC energy efficiency on the forward path, as the energy star systems are used to maintain homes at energy-consuming levels.

7 Significant Roles of a Conveyancer in Adelaide

What every business owner needs to know about RSS Feed Readers?

Making A Plan: An Easier Way To Market Your Business